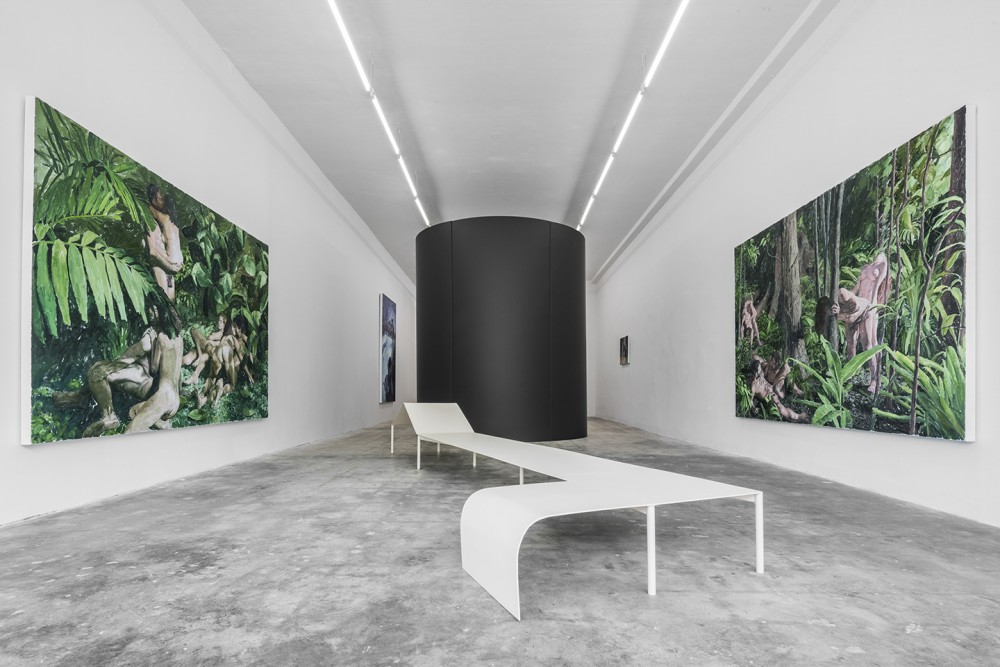 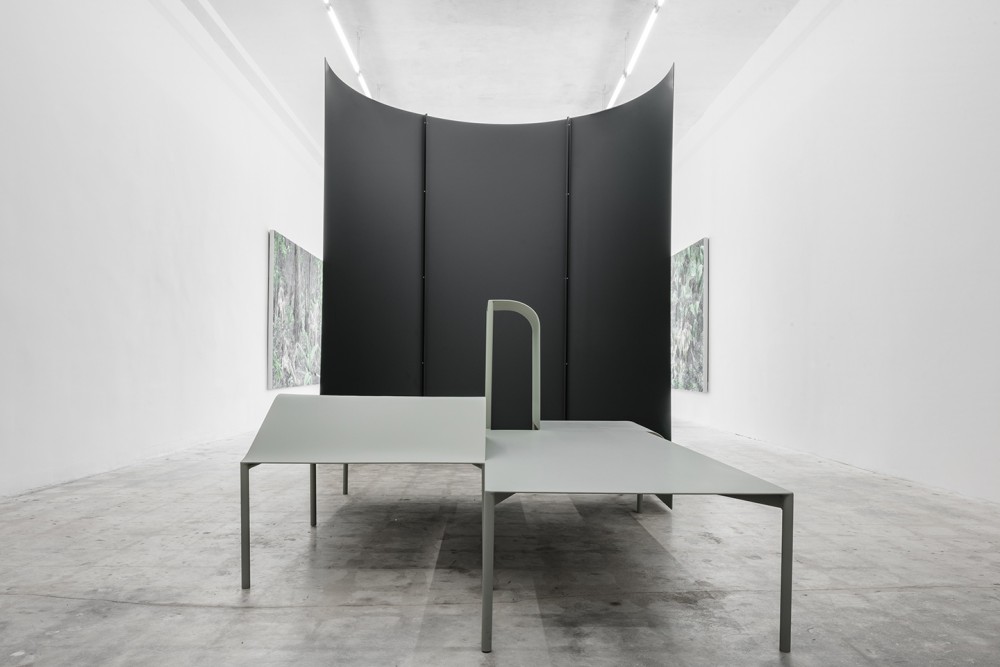 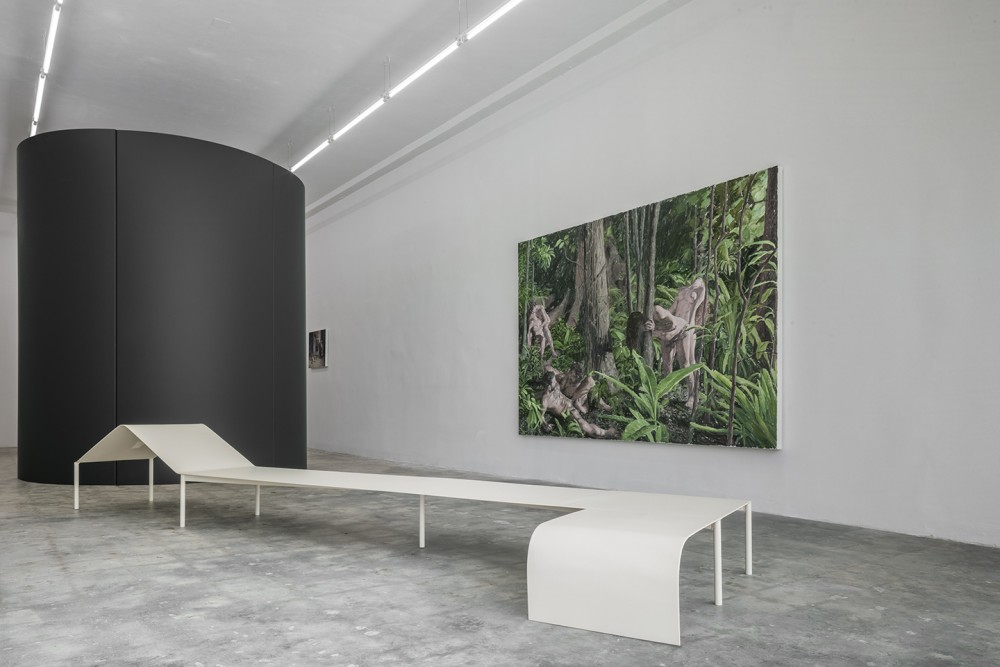 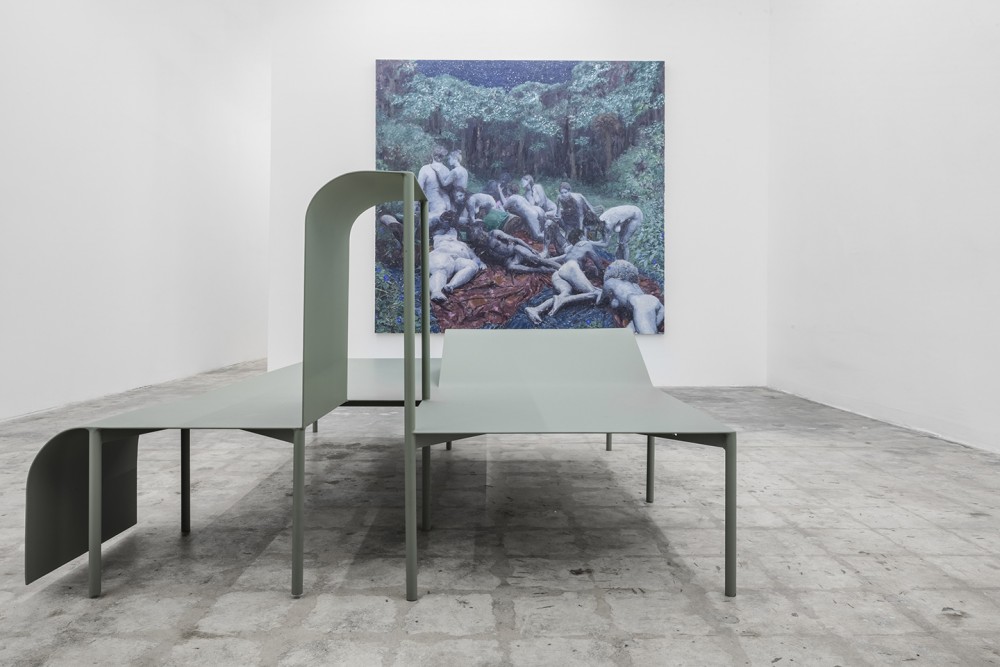 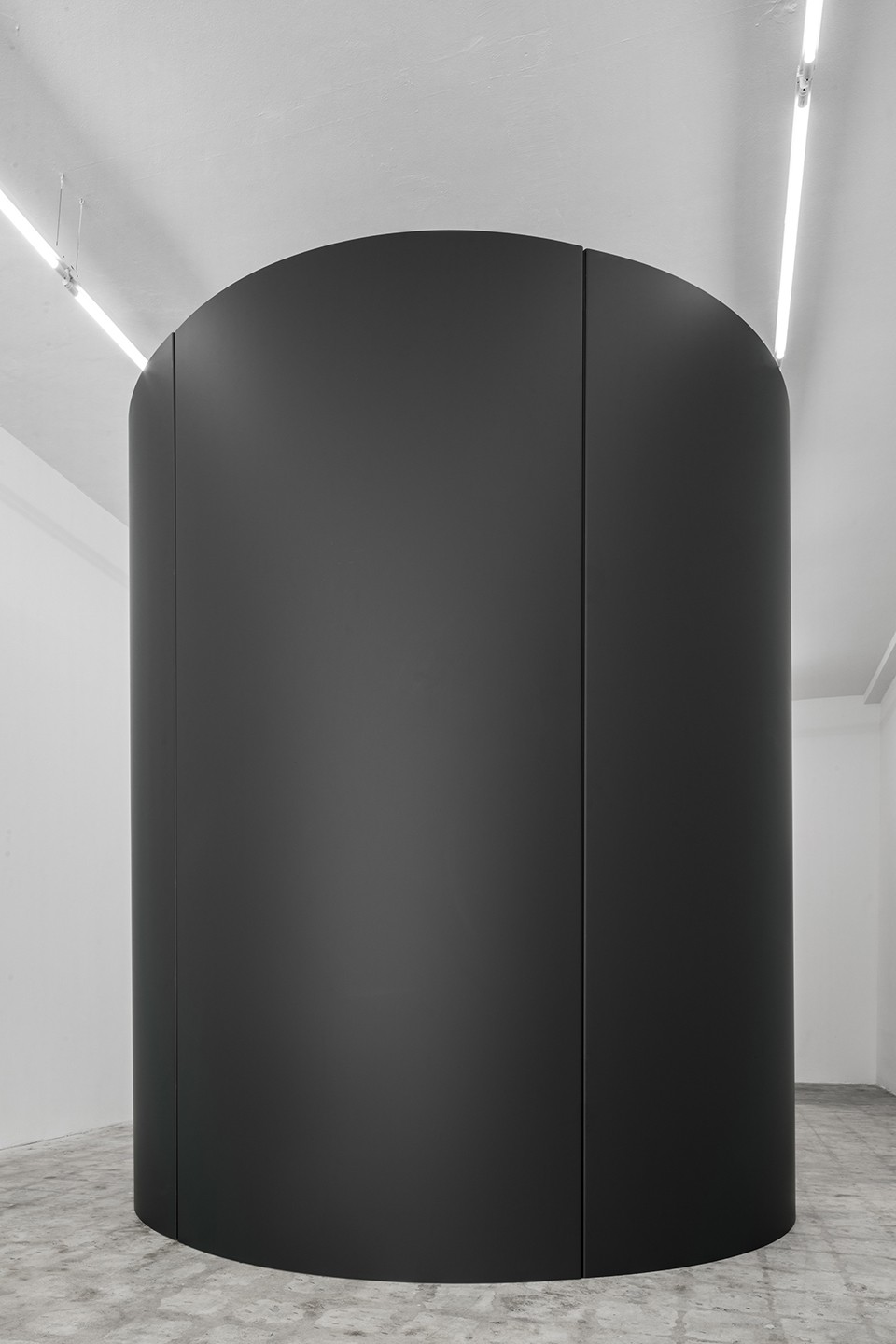 Five years after his last solo exhibition in Miami, Aramis Gutierrez presents a new body of work that stands contraposition from his last suite of empty dance studios, End Game Aesthetics, along with new furniture and exhibition design works by Jonathan Gonzalez.

Contrary to the architectural dance interiors of his last exhibition which posed a setting for a question to be answered by absence, these new works are full-bodied, fleshy compositions that intend to linger and arouse Dionysian day dreams like the figurative master works by Delacroix, Reubens and Courbet rather than be situated in a modern pornographic male gaze. In kind the objects and furniture by Gonzalez are suggestive of the human form and activated playful engagement. A reaction to sexuality less concerned with overt iconography, instead commenting on its subtle latent ubiquity. Participatory design objects, rendered in organic earthy greens, that stand alone within the exhibition and extend the works on the walls into physical, inhabitable space.